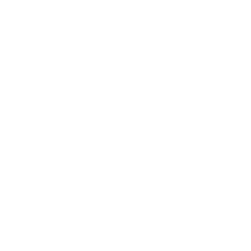 On September 10, 2020, the National Supreme Court of Justice ruled in the case “Ocampo, Alessio Matías Yair vs. BGH S.A. re dismissal”, ratifying that the termination of the employment contract by mutual agreement in the terms of section 241 of the Labor Contract Law (LCL), does not require judicial or administrative approval.

Previously, the Labor National Court of Appeals (LNCA) had ordered the employer to pay termination severances to the employee, considering that the termination of the contract by mutual agreement before a notary public was invalid due to the lack of intervention of a judicial or administrative authority and its approval in the terms of section 15 of the LCL.

However, the Supreme Court understood that the LNCA ruling turned out to be arbitrary since the requirement of administrative or judicial approval was not included in section 241 of the LCL. Indeed, the Court considered that the requirement of administrative or judicial approval of the agreement does not constitute a reasonable derivation of the law in force. Consequently, the Supreme Court, through the vote of judges HIGHTON, MAQUEDA and LORENZETTI, annulled the sentence previously issued by the LNCA.

Supreme Court Judges ROSENKRANTZ and ROSATTI dismissed the complaint filed by BGH S.A. due to formal reasons, considering that it did not comply with section 4 of the Supreme Court Resolution No. 4/2007 that refers to the maximum length of the complaint and font size.

EXTENSION OF PROHIBITION TO DISMISS AND SUSPEND

Work with us
Doing business in Argentina