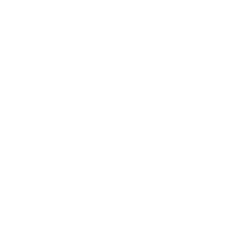 NEW PUBLIC-PRIVATE PARTNERSHIP PROJECTS IN THE BUDGET BILL FOR 2018

Recently the Executive Branch submitted the Budget Bill for 2018 before Congress with 52 projects under the new Public-Private Partnership Regime Act No. 27,328 (PPP Act).

These projects shall be developed in sectors with a very deficient infrastructure. The beginning of their implementation is estimated for 2018 (with an advance rate of up to 33%) and they should be completed by 2020.

The execution of these works under the PPP Act implies an important change in the way of financing and contracting this type of projects in Argentina, which traditionally have been developed under the Public Works Act (which dates back to 1947).

The PPP Act was passed on November 30, 2016. It establishes a new regime to execute agreements among bodies and agencies of the National Public Sector and private or public subjects in order to develop projects in the fields of infrastructure, housing, activities and services, productive investment, applied research and technological innovation. These projects may include one or more of the following activities: design, construction, expansion, improvement, maintenance, supply of equipment and goods, operation or operation and finance.

This type of contracts has been designed as an alternative to those concluded under the regimes of Public Works and Concession of Public Works. Regarding the risks allocation between the contracting authority and the contractor, the latter assumes a substantial portion of the financing of the project. Indeed, the contractor must include in his offer the finance cost of the construction, which the Government shall pay in the subsequent stage of maintenance. In order for the contractor to obtain such funding, the Government shall guarantee its obligations through a trust to be created under the mentioned Budget Bill for 2018.

In this sense, the PPP Act states that the contracts may have the following characteristics:

– Mechanisms to control performance of obligations and penalties for breaches

– Form, modality and opportunities of payment, which may come from users, the contractor or third parties, as well as procedures for revising the contract price in order to preserve the contractual economic and financial equation

– Contributions made by the Government

– Government’s unilateral prerogative to amend the contract is capped to 20% of its total value and may relate to the execution of the project only, with an adequate compensation therefor

– Guarantee of minimum income on an optional basis

– In case of termination of the agreement for reasons of public interest, public law’s limitations excluding compensation of loss of profit shall not apply

– Assignment of contractual credit rights, or use thereof as collateral

– The establishment of dispute boards and the possibility of arbitration as a form of dispute settlement mechanism. In case of extension of jurisdiction, the Executive Branch should report it to Congress. In addition, the decisions of arbitral tribunals based in Argentina shall only be challenged through an appeal for clarification and/or nullity. In no case may this result in a review of the facts of the case, or applicable law.

– Compensation payable to contractor in case of early termination shall be calculated according to a valuation methodology and procedure to be determined, but may never be less than the non-amortized investment

– Private law shall govern the patrimonial responsibility of the parties, and not public law, which sets special requirements and liability limitations (e.g. loss of profit)

Selection of the contractor shall be pursuant to public bids proceedings and their transparency, publicity, diffusion, equality, concurrence and competition must be guaranteed. In addition, the direct or indirect participation of small and medium-sized enterprises and the promotion of national industry and labor shall be promoted and in the case of provision of goods and services, a 33% Argentinian component (Buy Argentina) should be provided.

PPP Act establishes that the execution of projects shall be controlled by the Government, but admits that national and international experts might be consulted, depending on the project.

Moreover, it should be noted that the following regulations do not apply to these projects: Public Works and Concession of Public Works Acts, the Public Procurement Regime, Section No. 765 of the National Civil and Commercial Code (debtor’s option to cancel an obligation agreed in foreign currency in Argentine legal tender) and Sections 7 and 10 of Act No. 23,928 (Convertibility Law, which forbids monetary adjustment, price indexation and costs variation).

Additionally, the Budget Bill for 2018 includes the creation of a PPP Trust finance PPP contracts or projects, the guarantee under PPP contracts, work-progress certificates, amongst others.

PPP Act was an initiative of the Macri Administration to promote investments in infrastructure. The 52 projects included in the Budget Bill for 2018 and the PPP Trust represent the first stage towards such purpose.

Work with us
Doing business in Argentina